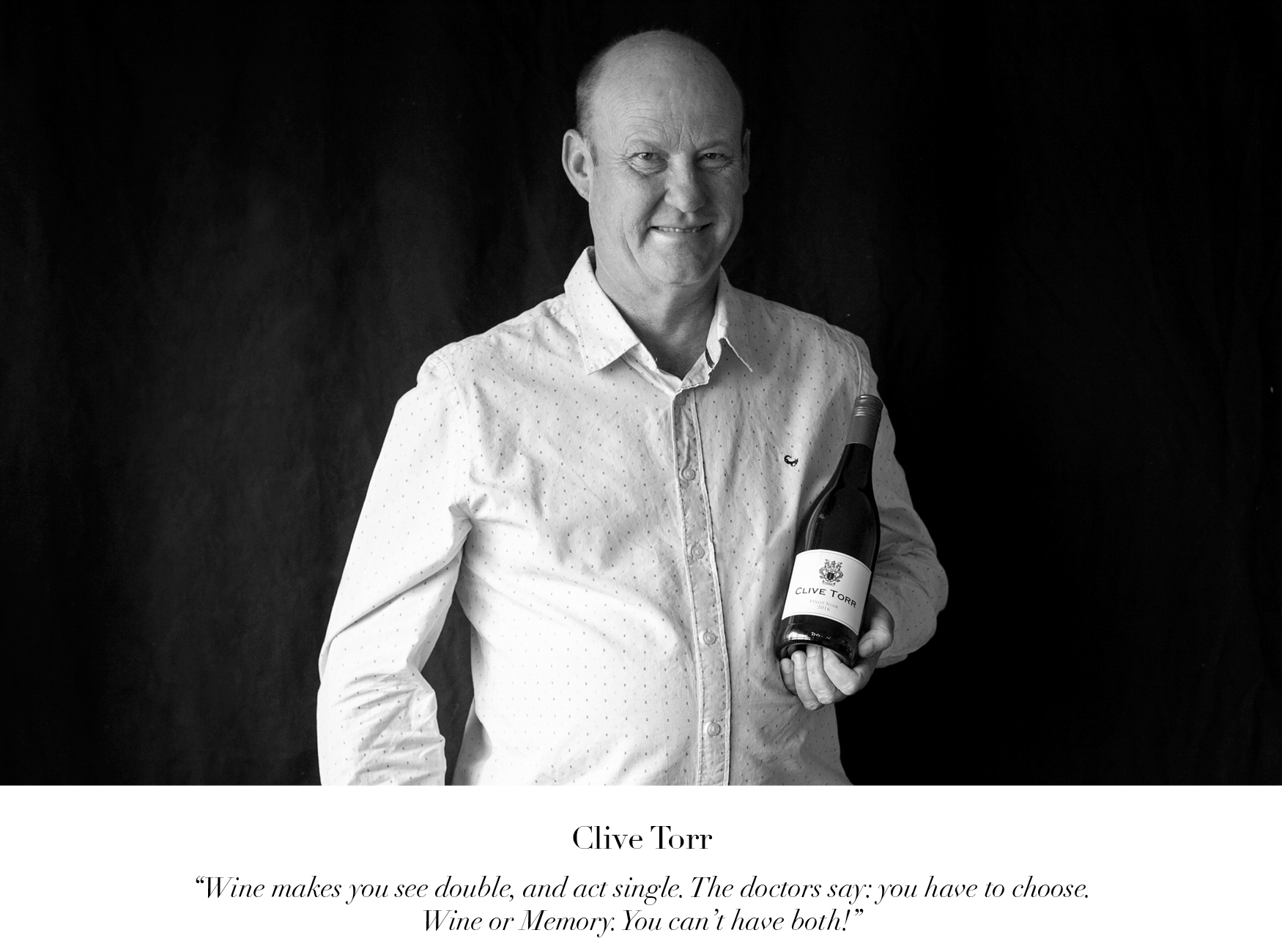 “Wine makes you see double, and act single. The doctors say: you have to choose. Wine or Memory. You can't have both!”


Clive Torr comes from a wine background and loves to judge wine. But before a judge he considers himself a winemaker, first and foremost. Then a wine educator: currently, Clive is acting principle of the Cape Wine Academy. Clive also loves to promote South African wine; he achieves this via his role as marketing manager of SFW and pr of Nederburg.

Clive has been active in wine judging circles for the last 26 years, both locally and overseas, and has been on the Wine-of-the-Month Club panel since 2006.

Clive has his Cape Wine Master Certificate of Wine Judging, passing the final exam of which, he says, has to be his most memorable moment in wine judging. His qualifications have opened many doors for him, allowing him to sit on a variety of judging panels, including those of Wine magazine, John Platter Wine Guide, Veritas, Terroir, Diners Club, Readers Digest, Conferie du Chevalier du Tastevin, and Winemakers Choice. Internationally, Clive has judges for the Royal Hobart International Wine Show in Australia.
A healthy body promotes a healthy mind, says Clive, and his love for the great outdoors extends to running marathons, cycling, golf and windsurfing. To unwind he loves nothing more than getting behind his trusty binoculars for a bit of bird watching and, finally, and to stimulate the senses, he blows a toot as a member of a brass band.