Posted by    Panel    0 Comments
“The most expensive wines are not necessarily the best”Colin Collard, founded The Wine-of-the-Month Club in 1986. 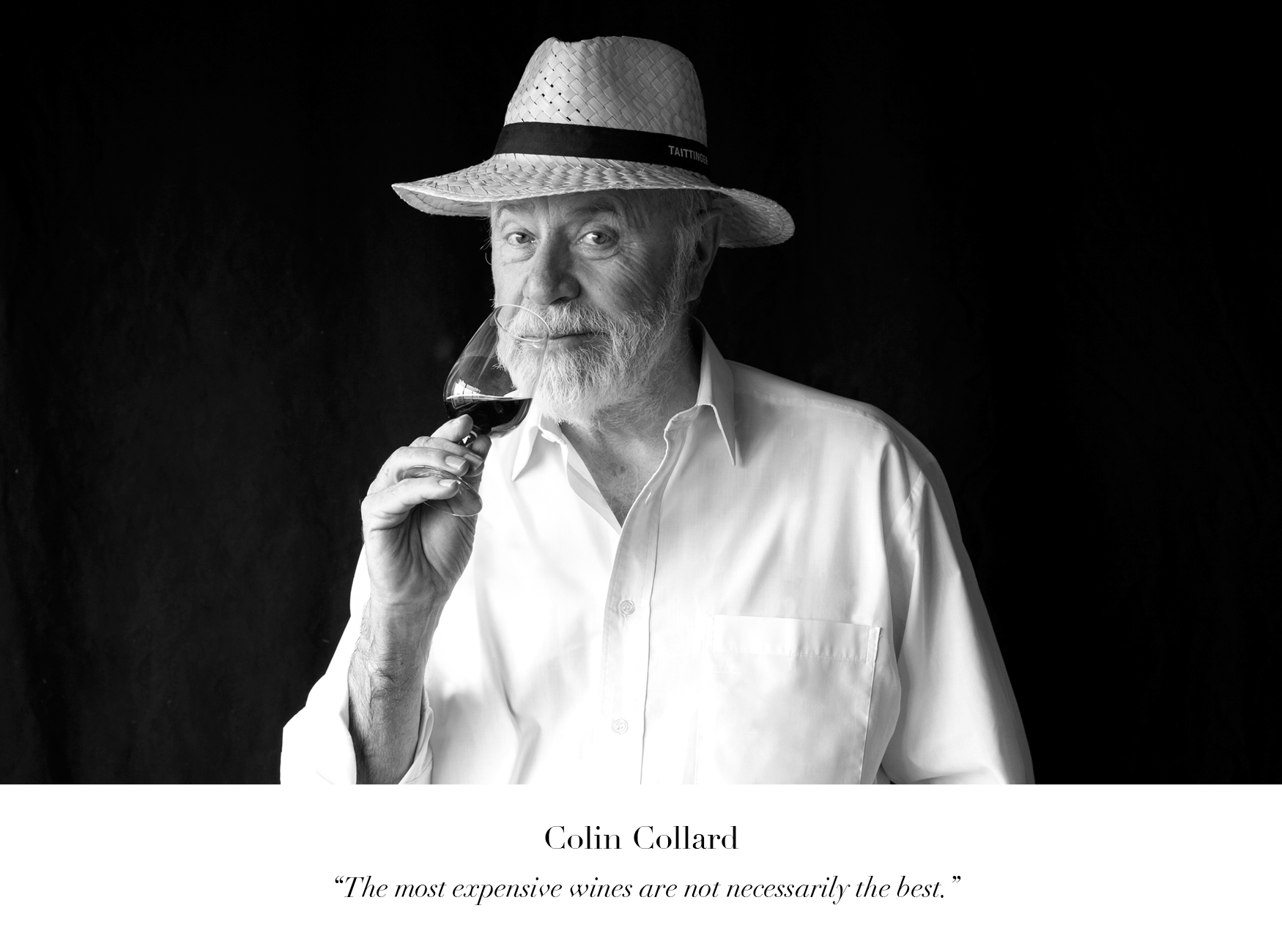 How a mental block almost prevented me from starting the Wine-of-the-Month Club...

It was 1985, I remember, and I was sitting on the plane coming from East London. It had been a singularly unsuccessful trip. The client had rejected my advertising proposal. Added to that, my back was playing up. On the airport apron, I remember all the other passengers striding past me while I hobbled along like an old man. I was sitting in a window seat, easing the pressure on my back and looking at the puffy white clouds flying past, when it struck me. Why not put the wines in a ‘post’ box—if the customer had a key and we had a key then we could always deliver the wines—even if nobody was at home.

How often do you have an idea but don’t go ahead with it because of a hitch you perceive as an insurmountable problem? It’s amazing how a small snag can sometimes stop you from going ahead with a project, whether it’s building new shelves in the garage, going on an overseas holiday, or starting out on a whole new life-changing career. And yet it’s only you who sees the obstacle; and the problem is compounded by the fact that you don’t talk to anybody about it. In your mind that little stumbling block quietly goes around closing doors and pulling down shutters.

That’s what it was like with me before I started the Wine-of-the-Month Club. For several years I had dreamed of running a wine club, ever since I had read a book on advertising written by one of the founders of the Book-of-the-Month Club. Surely, just as people want informed guidance on what to read, there are also those, like me, who need advice on wine? Oddly enough, the book included a whole page of ‘of-the-month’ knock-offs … Detective Book-of-the-Month Club, Flower-of-the-Month Club, and so on … but not one on wine. (At that time, Americans, even less so than South Africans, were not really into their wines.) But how do you start learning about wine if you don’t grow up in a family that always drinks and enjoys the stuff?

Anyway, the problem stopping me was, okay, say you had to start the club, how do you deliver wine to people when there is no one at home? Not everyone has a maid or someone who can take delivery of a pack, and you can’t very well leave it on their doorsteps. That put the kibosh on any further thinking about the idea—until the post box ‘brainwave’ on the plane. Yes, that’s it; we’ll screw boxes into people’s gates or front doors. When they come home they’ll see the delivered pack showing through a hole in the front of the post box, and they’ll exclaim, “Oh, look, my wine has arrived.”

Suddenly it all fell into place. Before we had landed I had not only made a few sketches of the ‘post box’, but I had even scribbled down a few ideas that would later become key aspects of the club. The wines had to be chosen by a panel of experts. The panel must taste blind. There should be a newsletter in the pack telling members why the wines are good and what to look for when tasting them … when to drink them … what foods to enjoy with them … even the neck-tag idea.

"The most expensive wines are not necessarily the best"

Four months later I was out on the street—my partner had bought my share of the business I was in for the bargain price of R135 000—and I was scouting around for premises from which to start the club. I needed a liquor licence, of course. I found exactly what I was looking for in the old Alphen Winery in Constantia, where the owner just happened to be looking for a buyer for his quiet, out-of-the-way wine shop that was barely keeping afloat. The premises were barn-sized, though—just what I needed to pack and store wines.

I took over the stock and premises in January 1986 and then set about learning as much about wine in as short a time as I could. I figured around 600 members would make the operation viable. A critical factor in the club’s success, however, would be confirmation of a vague notion I had at the back of my mind that out there we should find inexpensive or moderately-priced wines that were actually better than a lot of the more expensive stuff. Apart from people learning about wine, in the long term, getting quality at moderate prices would be a reason for them to stay on as members.

By April I had the answer. The panel of judges I had put together had its first tasting (at the time I naturally wasn’t a good enough taster to be a judge), and it showed the notion to be true: the most expensive wines were not necessarily the best. In June, with a half-page ad in both the Cape Times and Cape Argus, I launched the Club. We had 1 600 phone calls asking for further information and to those names, and to another 20 000 top income families in Cape Town, we mailed a special introductory offer and an invitation to join. Over 2 000 people did. In the nine years I had been in direct mail advertising, I had never achieved a response rate that matched that, for any client. The timing must have been right. It was the start of the massive growth in new producers, varieties and labels coming onto the market. The plethora of labels only helps add to the confusion and bewilderment of consumers. At the time producers numbered about 150. Today there are around 600.

The early days were heady and exciting, and soon we were delivering to every part of the country. But that also entailed investment in time and energy, with not much monetary return. Plus we had competition from some quick-start imitators. It took 14 months before I could pay myself a salary, and two years before the Club actually made a profit.

When I look back now, I have to say that, one way or another, everything has exceeded my expectations. For one thing, wine is such an interesting product to sell. Change is always taking place in the industry, and there is always something new coming onto the market—and the stuff just gets better and better. Even more rewarding have been my interactions with the people who make wine. Winemakers are the salt of the earth; as a batch, the nicest people you could ever hope to meet. They know what it’s like to fail, so they always have their feet firmly planted on the ground. And then there are the wine drinkers: they do go on about it, and it’s nice. Where else can you find products that can give a person so much to talk about, or provide so many good memories?

Possibly the most gratifying aspect of all is that my four children are now in the business and even run it better than I ever did. You have to start a business, build it up, and have your children come into it to know what that feels like.
Is there a core idea behind what makes the Club work? As long-standing member M O’Donoghue of Newlands says: “It’s like Christmas morning every time a pack arrives. Unpacking each bottle, examining the labels, putting on the neck tags ... I’m like a kid in a sweet store.”

Oh, that ‘post box’ idea? I never used it. When you think about it, it was really quite stupid. Once I had put pen to paper and actually worked out how the club would operate, there seemed very little justification for it. It just goes to show how you can stop yourself from undertaking a life-changing experience simply because you’ve got a mental block about a matter that, in the vast scheme of things, is actually quite insignificant. It’s funny the way we’re built, isn’t it?