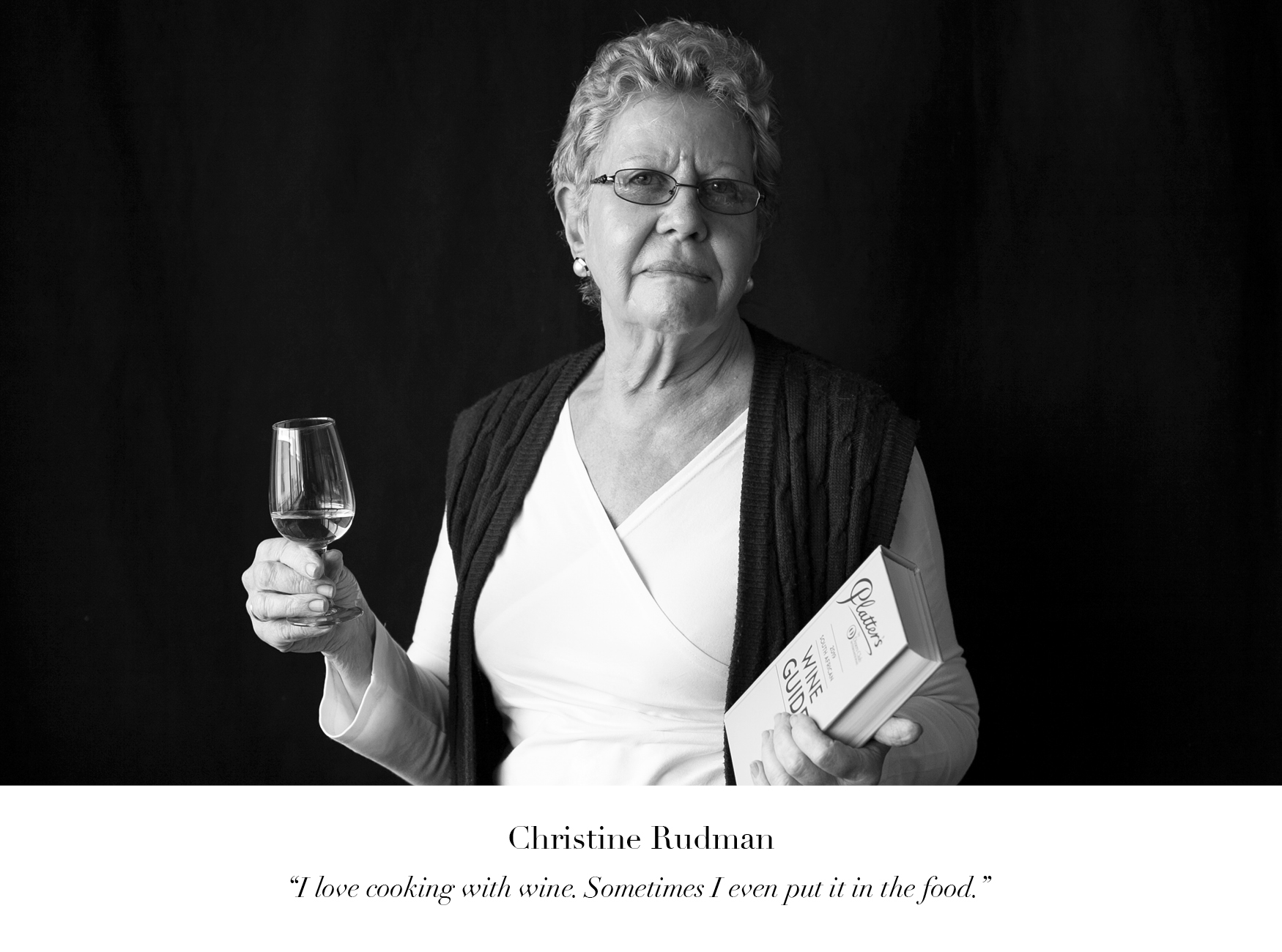 “I love cooking with wine. Sometimes I even put it in the food..”

“In 1978 I had been with SFW for a year but knew very little about wine intrinsics. The company arranged regular tastings for their personnel as part of their training and, on one particular occasion, the light went on for me. The tasting included a selection of top Burgundies and Bordeaux. I found the wines foreign and strange—I was very inexperienced—and I didn’t enjoy the tasting until the last wine, a Chateau Petrus. The wine had so many layers, even with my limited palate I recognised the complexity and quality. That was the first time I ‘got it’ and I decided that night to enrol in the Cape Wine Academy to learn more about wine. I had experienced perfection and wanted to learn how it was created.

Christine Rudman is a Cape Wine Master and has been judging wine for 16 years, both locally and overseas.

Internationally, Christine has been on the panels of the International Wine & Spirit Competition (UK), the International Wine Challenge (UK), the Consorzio Tutela Valcalepio (Italy) and the Tastevinage Côte de Nuits (France).
Locally, she has judged for Veritas, the National Young Wine Show, Wine magazine as well as on the panels of the SA Port Producers, Michelangelo Awards, Platter Wine Guide, Wine Tourism Handbook and the Nederburg Auction selection. She has also helped select winners for SAA, the Terroir Awards, the ABSA Pinotage Top Ten, the Diners Club Young Winemaker, the Woman Winemaker of the Year, the Paarl Shiraz Challenge and the Blaauwklipen Blending Competition.

Christine was Wine Brand Manager and then Marketing Manager of Stellenbosch Farmers Winery from 1977 until 1995. She was also the Principal of the Cape Wine Academy until 2002 and Chairperson of the Institute of Cape Wine Masters for seven years. In the 1980s, Christine published two editions of the Guide to the Winelands of the Cape. Since then has written wine columns for Die Burger, Volksblad and Beeld.

Christine’s interests lie in books; she has a wide and big collection. Then comes travelling: she endeavours to go to a new country every year. Christine has skied throughout Europe, including Chile. She likes hiking, and has done most of SA’s short and long hiking trips. Then there’s her love of music, especially jazz and classics, and cooking, where she collects recipes and loves to try new dishes with friends.