> The Wine Presswine-wise>NeuroWine from South Africa

Winemaker Pieter Walser of BLANKBottle label met Mark Drummond (director of NeuralSense on a two-hour from Cape Town to Johannesburg. When the plane landed, they had the concept. 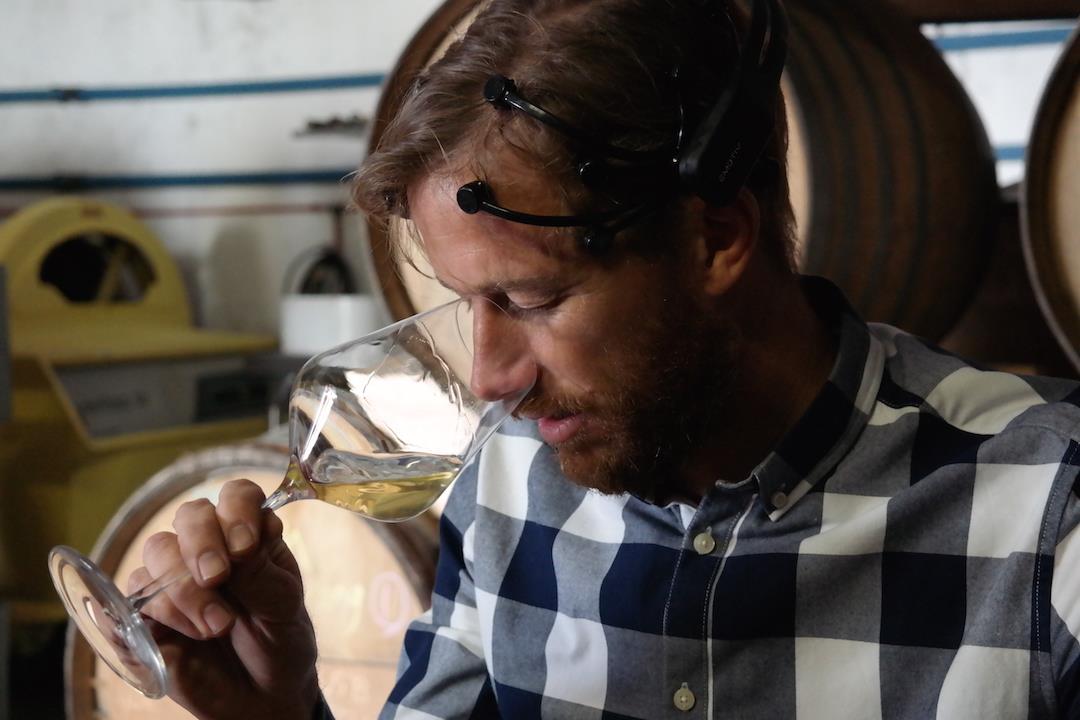 Drummond: “At Neural Sense, we are always looking for new and exciting applications of our various neuromarketing and biometric technologies. Our goal is to build a deeper understanding of consumer behaviour and how individuals experience the world around them.”

The company’s belief is that if something can be experienced, it can be optimised with the science of neuromarketing.

Drummond continued: “The winemaker is influenced by his own preconceived ideas of each varietal when he begins the winemaking process, and these conscious processes have a major influence on the final product as they influence his decision making when choosing which varietals he should blend together. By uncovering and allowing his subconscious to determine this, he was able to sidestep these perception biases.”

The project started with a few vinous experiments. Walser did a blind taste test of white and red wines from a number of different vineyards across South Africa. The goal was to explore the differences in emotional arousal and emotional valence in both smell and taste.

The outcome? Drummond explains: “We identified the top five performing varietals that appealed to Pieter's subconscious: those taste profiles that elicited the best emotional and cognitive response during his wine tasting experience. These top varietals were selected based on analysis of EEG and GSR data, which were then rated on the emote index for cognitive processing of affect, memorability, and emotional arousal. Pieter then blended the top varietals in the same proportions to their corresponding performance during the taste test to create a new blend, the NeuroWine.”

Two wines came out of the project:  . Walser ‘s conscious (Orbitofrontal Cortex) versus his subconscious (Limbic).”